The collection was released for the Playstation on the 20th of December 1996 in North America and the following December in Europe, the game was published by Midway in North America, while Infogrames Europe handled the European release. The games was also released on the Sega Saturn and SNES in 1997.

First in the collection is the classic Asteroids, with the player taking on the role of a spaceship pilot lost in an asteroid belt. With the player using the ships photon cannon to blast incoming asteroids, as well as the occasional flying saucer that moves across the screen. 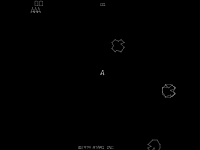 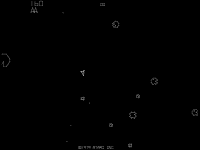 Asteroids come in three different sizes small, medium and large, the latter two will break up into smaller asteroid when destroyed, while small asteroids disintegrate when shot. Player ships can be destroyed by either being shot or by colliding with asteroids, the latter can be avoided by a hyperspace warp but this runs the risk of destroying your ship as well. 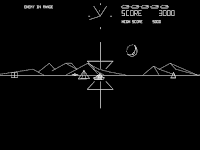 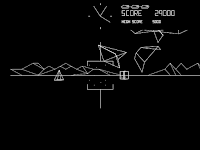 In Battlezone the Earth has been invaded, you are in control of a tank leading the defensive effort driving around in a first person perspective shooting other tanks, planes and UFOs. The game makes use of a radar to show the player enemy targets and distance, the games also has a cover based system with object used for strategic cover.

One of the most recent titles up next from 1981 we have Centipede, a wave based game, the player is trapped in an enchanted forest with only a magic wand to fend off the hoards of insects that inhabit the forest. Using the Playstation controller pressing buttons to shoot sparks at the approaching hoard, holding the buttons will result in a rapid fire attack 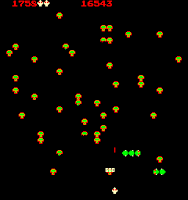 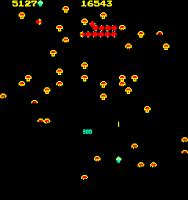 The game has several different enemies Spiders, Flea, and the Scorpion these have specific roles for example the Spider will attempt to distract the player from the Centipede as well as destroying mushrooms, the main one is the Centipede which attacks in a total of 12 waves, starting with the centipede having a head and eleven body segments. As the player progresses the centipede will shrink by one segement, however an additional centipede head will attack with eventually by the 12th wave a total of 12 centipede heads will attack the player.

The game has a total of four difficulty modes from Novice up to Expect as well as several different game modes, one player, two player alternating, player change occurs when the player character gets bitten. The game has a duel competition where both players appear on screen at the same time,  this mode has individual scoring and shots from players will paralyse the other player if it hits them.

The final mode is team play, again both players appear on screen this time however each players score is combined, unlike the previous mode shots fired at the player from the other player will not paralyse them.

Fourth game in this collection is an arcade shooter, Missile Command has the player taking on the role of a commander of a missile base, the planet is under attack from an alien race called the Krytol, they are attacking cities on the planet using a verity of weapons and ships. 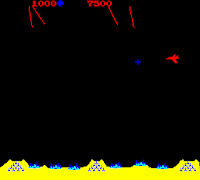 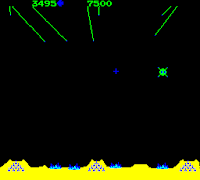 The player must shoot down these weapons and ships, firing missiles at them trying to prevent anything getting through and destroying your cities, each level the player is limited on how much ammo they have making accuracy key, once all six cities are destroyed it is game over. 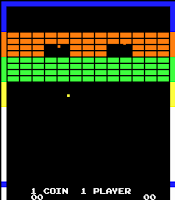 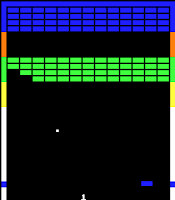 Progressive is the first new mode, in this mode the bricks gradually move closer and closer to the player, the speed of the ball also increases as you progress. You also have a mode called Double Breakout this mode give the player a second paddle however you have a second ball to deal with as well.

The final mode is Cavity, with the player starting with the standard one ball however two additional balls are trapped within the blocks and are released when the bricks that surround it are destroyed.

Finally we have Tempest from 1981 a Sci-Fi shooter, which uses wire frame graphics. The games story is based around humanitys use of Hyperspace Wireways a method of interstellar travel. Each wireway is taken on in turn and has a network of lines guiding the player and aliens. 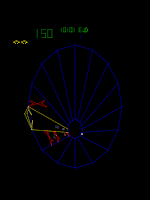 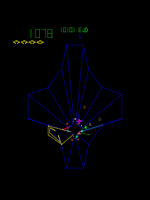 The player remains on the outside of the Wireway shooting inwards at the aliens which move closer to the player, coming into contact with these aliens is fatal. Some aliens move sideways needing forward planning to deal with them, the player also has the use of a Super Zapper a weapon that can only be used once per level, the weapon clears all current enemies but will not score the player any points.

Of the critic reviews that are still available this Atari collection had one high with a majority of average to below average review scores. Starting with the best first as usual we have a 91 rated review from The Video Game Critic who praised the vector graphics of Asteroid, Battlezone and Tempest but did comment only if you have a S-Video cable. While finding Super Breakout and Battlezone a little awkward to control they did praise the ability to change difficulty and number of lives.

From here the review scores take a significant nosedive, the next highest review comes from German publication Video Games who scored this collection at a 74. They had the following to say
If you are a fan of iconic arcade fossils, this collection is an absolute must. First and foremost, I was taken with the three all-time classics Missile Command, Asteroids and Battlezone, which, after countless clones, are finally playable in a 1: 1 version on the home screen.

They also praised the inclusion of and FMV documentary on the "Golden Age of Atari", featuring video interviews with the programmers behind the six games in the compilation. They did however warn that those games that have been spoilt by modern graphics may struggle to enjoy this collection.

Digital press praised the release for bringing back these classics and the memories for the review of playing these games in the arcades in their 70 rated review IGN also recommended this game for nostalgia and any game that is interested in the history of gaming, But did also warn modern games that prefer polygons and eight button controllers it may be best to spend your money elsewhere in their 70 rated review.

At the other end of the review score chart we find Official UK Playstation Magazine who rated this collection at a lowly 30/100 who found most of these games hugely disappointing and didn't want to play beyond a couple of go's. GameSpot rated the game a 69 prising the collection as a wonderful trip down memory lane calling these conversions true to their arcade counterparts and are still a blast to play.

So lets get down to business with Gamedude who will pay you $2 for a copy of this collection, if on the other hand you are looking for a copy it will set you back $6, they also warn that this game may struggle to play on a Playstation 2.

Moving over the pond to Retrogames.co.uk who have just one copy of the Pal version available, this is a used copy in excellent condition with a 9.5/10 disc quality rating from Retrogames and is priced at £20. moving on to eStarland.com next who do stock the title however they currently only have the Sega Saturn release listed and that is out of stock at the moment.

Finally we move on to Amazon.com where we find a plentiful supply of the game with a complete copy in good condition available for as little as $4.29. if you are looking for a very good quality used copy prices are not much more expensive, with one currently priced up at $5.98 once shipping has been added in.

If you are looking for a like new copy of the game one can be picked up for around $7.50, this ships with Amazon so comes with free shipping on orders over $25. If you would rather avoid the Amazon shipped copy another seller currently has a like new copy on the market for $9.94 once shipping has been added in.

A small number of new copies of this game are also on the market with the price taking a jump up from the used market, not as severe as some games we have seen, new prices start from $23.58 which is around the £14.27 mark this is with the shipping added into the price, with prices reaching as high as a few cents short of $45.