Mattel Interactive formally Mattel Media up until 1999 were a video game publisher and distributor largely for video game adoptions of Mattel owned properties such as the Hot Wheels and Barbie toy brands, initially the company would focus on CD-ROM based software however the company soon after moved into the video game market.

Mattel Interactive if you include the years they were Mattel Media were involved in the video game industry for six years from their initial founding by Mattel in 1995 up until the companies splitting up by Gores Technology Group in 2001.

During that time Mattel Interactive published around 21 games (maybe more) in addition to Mattel owned IP’s Mattel Also published several Sesame Street games as well as other tv show adaptations, such as a tie in to The Wild Thornberrys, Arthur The Aardvark tv series and the film tie in to the 2000 releases Rugrats in Paris The Movie. 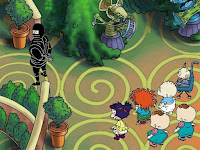 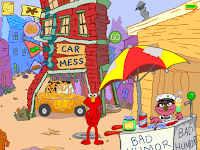 Rugrats In Paris movie adaption as well as several games bases on Sesame Street were published by Mattel Interactive.

Largely though Mattel Interactive would rely on their own IP’s with at least seven Barbie related video games published by the company. From one of the earliest releases in the above averagely received Barbie Fashion Designer for Windows and Mac, and the poorly received Barbie: Ocean Discovery in 1997. 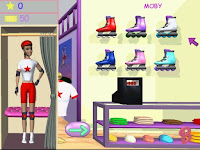 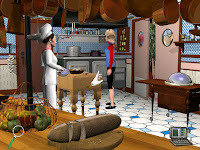 The Mattel owned Barbie IP was prolific in the late 90s

This merger however was short lived, in 2000 Mattel had agreed to sell Mattel Interactive and The Learning Company to the Gores Technology Group. This would be a major financial loss for parent company Mattel.

The final game that Mattel Interactive would published before their sale and division was an adaption of the 2000 TV show Max Steel, which itself is based on the Mattel owned Max Steel action figure, titled Max Steel Covert Missions and released exclusively on the Dreamcast, sadly like many Mattel Interactive games it was received with a largely mixed to poor response from critics unlike the tv show which lasted 3 seasons and even got a reboot in 2013. 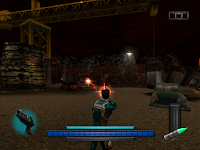 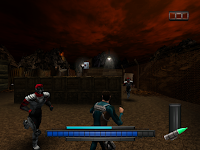 It took the Gores Technology Group less than a year to being their dismantling of Mattel Interactive, first by splitting the company up into three separate divisions, with GAME Studios in charge of the video games side of the company, The Learning Company would still exist and would still continue with educational software developed and Brøderbund which would focus on Home Productivity Software.

The three divisions would not last long with the Gores Technology group however, GAMES Studios would be sold to French publisher Ubisoft in the March of 2001. The Learning Company was acquired by Riverdeep Interactive Learning Limited in 2001, with Brøderbund joining them in August of 2002. The Learning Company and Brøderbund became a part of Houghton Mifflin Company in 2006 when Riverdeep merged with the company.