Bullfrog Productions was a british based video game developer who were active in the video game industry from 1987 up until their closure in 2001, the company was founded by Les Edgar and Peter Molyneux. The pair had first met back in 1982 with Edgar working in a computer retail outlet when Molyneux walked in one day looking for a computer for a database program he had been working on, the pair hit if off and shortly after formed Taurus Impact Systems, to develop database software. 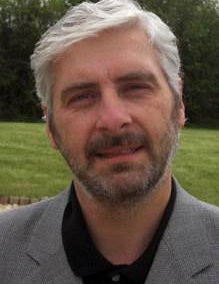 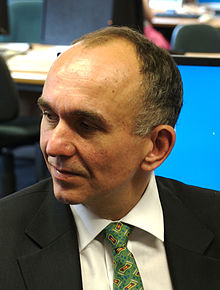 It was in 1988 when things really changed for the pair when a friend of Molyneux asked him to convert Druid 2: Enlightenment for the Amiga according to Edgar this is where According to Edgar, it was during the conversion that they learnt to move sprites, and developed a routine for animation. Afterwards Taurus Impact was running out of money with Edgar suggesting they close down the company however it was at this time that Molyneux has the idea for Populous.

Upon the eventual release of Populous which nearly did not come to pass with many publishers confused as to what the game was (confusion a common disease of publishers) the Edgar and Molyneux desperate for a publisher they even went to The Lego Group who turned them down as well, eventually though the game was picked up by EA with Populous releasing on the Acorn Archimedes, Amiga, Atari ST, FM Towns, MS-DOS, Game Boy, Mac OS, Master System, NEC PC-9801, PC Engine, Sega Genesis, Sharp X68000 and the SNES in 1989.

Populous was however not the first game developed under the Bullfrog name that honour goes to a Asymmetrical scrolling shoot‘em up Fusion released back in 1988 for the Amiga and Atari ST exclusively in Europe, with the player either controlling a ground based crawler or a spaceship over the games thirteen levels with artist Glenn Corpes creating most of the levels he would later go on to work on Populous, Molyneux would work on the majority of the games programming and design. 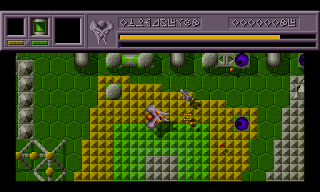 Fusion was the first ever game developed by Bullfrog

Populous was released to massive critical acclaim in 1989 with the game receiving multiple 90%+ review scores, Peter Molyneux notes that it was released at the same time as The Satanic Verses controversy was happening, and that Bullfrog was subsequently contacted by the Daily Mail and warned that the "good vs evil" nature of the game would lead to them receiving a similar fatwā (though in fact this did not materialise, good to know the Daily Mail was just as incompetent back then as it is today).

It would be two years before the sequel to Populous would be released in the interim Bullfrog would develop two games in that time, the first Flood was a platformer where the player controlled a creature called Quiffy a small green creature who is the last of his race. The player must guide Quiffy through a network of sewer pipes in order to reach the surface as the pipes slowly fill with water Quiffy is able to walk on the walls and ceilings as well as swim.

Quiffy must collect litter that is strewn throughout the levels climbing on the walls and ceilings and swimming his way to the end of each level Quiffy does have an energy bar which depletes by touching dangerous objects, his energy levels also deplete if he spends too long under water. Following Quiffy through the levels is the ghost of Quiffy’s Aunt Matilda who follows the exact path and movements that Quiffy takes if Quiffy is touched by the ghost he receives damage.

The water physics were pretty advanced for the time with levels featuring taps which when activated release water in to the level this water will find its way to the lowest part of the level, with multiple taps on levels if they are activated the level can quickly fill with water this is where the game got its name from.

In addition to the flooding worries the levels also have enemies, Quiffy though has access to weapon which can be picked up throughout the level including a Boomerang, Flamethrower and Grenades. The games also features additional traps and obsticles such as landmines, lava and switches.

Another titled that was released between Populous releases was Powermonger with Bullfrog moving back to the Real Time Strategy genre, the game for its time had an advanced artificial life engine with each individual character seeming to have a mind of their own and go about their job without the player having to provide input.

The game received largely positive reviews but with some criticism with Computer Gaming World giving the game a 5/5 praising the games graphics and realism they were however critical of the games strict copy protection and the need to load the game twice to return to the previous state.

GamePro who reviewed the Sega CD did recommend the game however they were critical of the graphics saying the maps are so pixelated that you can barely see what's going on or who's who. After going through lots of slow strategy, a nice visual payoff of your decisions being executed would've really added to the Fun Factor.

1991 has finally arrived and with Populous II subtitled Trials of the Olympian Gods was a real time strategy god sim and the sequel to the critically acclaimed Populous from 1989, like its predecessor the game was published by EA and released on multiple platforms including the Amiga, Atari ST, FM Towns, MS-DOS, Mac OS, Mega Drive, NEC PC-9801, Sharp X68000 and SNES.


Unlike the previous game which did not have any set gods Populous II would focus on the Greek Gods, the player character is a demigod, one of Zeus's countless children with mortal women, and has to battle one Greek deity at a time until finally facing his father. Zeus has promised to let the player into the Pantheon on Olympus if he can survive all the battles.