Looking Glass Studios formally known as Lerner Research, Blue Sky Productions and Looking Glass Technology when they were founded in 1990 were a US based video game developer who released an estimated total of 15 games during the ten years that the company was in business as well as one game Jane’s Attack Squadron which was released two years after the company had folded.

One of the first games developed by Looking Glass Studios was back in 1992 with Ultima Underworld The Stygian Abyss, a first person action RPG dungeon crawler the game was the second spin off of the Ultima series after The Worlds of Ultima series which was released in 1990 and sees the player taking on the role of Avatar, who descends into the Stygian Abyss in search of a baron’s kidnapped daughter.

The game at first was not a commercial success for Looking Glass (then Blue Sky Productions) and the games publisher Origin Systems, as a result of the sluggish start the games marketing was reduced, however the games popularity through word of mouth saw the games sales increase with an estimated 500,000 copies sold the games also received critical acclaim with Power Play giving the game a 94% while Pelit gave the game a 98% score, the game also won Best Fantasy or Science Fiction Computer Game at the 1992 Origin awards and was nominated at the Game Developers Conference, the Chicago tribune also gave the game its game of the year award.

A year later saw the sequel to Ultima Underworld The Stygian Abyss, with the title Ultima Underworld II: Labyrinth of Worlds again receiving a positive fan and critic response  the games development was not without issues however, with a lack of staffing, extensive play testing and coupled with a short production cycle led to staff members being burned out by the end of the development, a third game in the Ultima Underworld was pitched several times to Origin Systems however it was rejected several years later Arkane Studios also pitched the idea of a third Ultima Underworld title this time to EA who also rejected the idea.

A year later and renamed  Looking Glass Technologies they have another major release this time with System Shock a first person action role playing game with the game set in a cyberpunk vision of the year 2072. the player taking on the role of a nameless hacker trying to hinder the plans of a malevolent artificial intelligence called SHODAN. 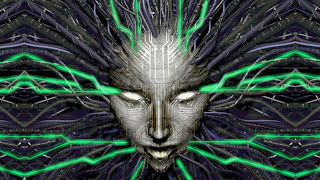 System Shock released in 1994 was a critical if not commercial success.

While the game was not a commercial success with Looking Glass losing money on the project the game was a critical success the games 3D engine, physics simulation and complex gameplay have been cited as both innovative and influential with the game also streamlining elements from the Ultima Underworld games into a more complete package.

Five years later in 1999 Looking Glass Studios would co develop System Shock 2 with Irrational Games, Originally planned to be a stand alone game however during production the story was changed to be a sequel to the original System Shock, again while the game did no meet commercial targets like its predecessor is is cited as being highly influential in future game designs, the original System Shock from 1994 is currently undergoing a remake with Night Dive Studios heading up the project with a 2018 scheduled release.

Thief is another major franchise for Looking Glass Studios the first game in the Thief series was released back in 1998 with Thief: The Dark Project with the player taking on the role of master thief Garrett, the game was one of the first if not the first to make use of sound and light as game mechanics, the game would turn out to be Looking Glass Studios best commercial success so far with over 500,000 copies sold by May of 2000 the game was a critical success as well with multiple 9/10 or 90% and higher scores from reviews.

Thief: The Dark Project was one of Looking Glass Studios best commercial successes

Two years later and the sequel Thief 2: The Metal Age was released again to a positive critical response and did well sales wise however Looking Glass Studios would not receive the royalties from the game for several months and after the disappointing sales of Looking Glass Studios self published games Terra Nova: Strike Force Centauri and British Open Championship Golf as well as the major flop of Looking Glass's Flight Unlimited III the company was in a dire financial situation.

At this time Eidos Interactive have agreed to buy Looking Glass however the Ion Storm's $40 million game Daikatana was a major flop with itself sent Eidos into financial crisis, as a result in May of 2000 Looking Glass Studios closed its doors for the final time and saw the cancellation of five titles with Thief II Gold and Thief III being cancelled, along with Deep Cover a modern day stealth game which was planned to be a joint project with Irrational Games, as well as two Nintendo 64 titles in Mini Racers a model car racing game and Wildwaters a kayak racing game.