Beatmania Append 4th Mix, subtitled The Beat Goes on is the fourth append disc release for the Konami developed and published Beatmania franchise. The append disc like the previous one was released only in Japan on the 9th of September 1999.

Notable people who worked on Beatmania Append 4th Mix, Koji Okamoto who was worked on many of the Beatmania append discs, prior to working on this series he worked on the pop’n music series, another Konami developed music and rhythm franchise.

Hideki Hashimoto who worked as a programmer on this append disc, a role he also held for the first entry in the pop’n music franchise, prior to these games he worked as a Software Programmer for Night Stalker, Battle Shark, On The Ball and Growl in the late 80s and early 90s.

This 4th append disc for Beatmania consists of all the new songs from the Arcade 4th mix release, as well as a few Playstation exclusive tracks as well. This release also features a bonus edit mode, this mode can be accessed if the discs are swapped in the order of 3rdMix, then GottaMix, then 4thMix. The Bonus Edit mode adds songs from 3rdMix that were excluded from the previous console port. 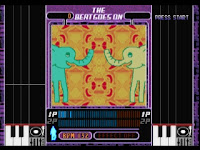 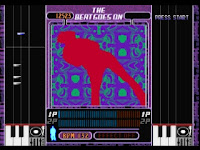 Some of the tracks in this 4th mix are Take Control, Take A Ride, Rugged Ash, Jazz A Pump Up, I LiVe just 4U, Destruction, Kakattekonkai, Build-Up, Brand New World, Weighted Action, Drunk Monky, Spaced Out, Chain, Soda and Logical Dash, additional tracks such as 20 November, Attack The Music and Believe Again are available in the bonus edit mode.

Gameplay wise it is more or less identical to the original Beatmania release. The game came with its own custom controller, modelled after the Arcade version of the game, you have five keys that resemble those of a piano, these key are positioned vertically, the keys are also colour coded the same way as well with three of the keys being white while two are black. 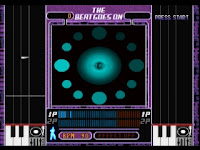 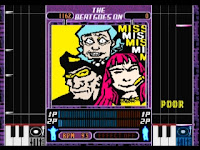 Alongside the keys on the controller is the turntable, the player is able to turn or scratch the turntable, the game also supports standard controllers as well. With turntable movement and scratching keyed to the circle and triangle buttons, piano key are controlled using the D-Pad Left, Square Button, X button as well as the shoulder buttons the game has a key config menu. 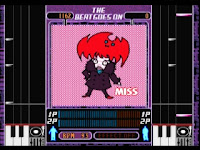 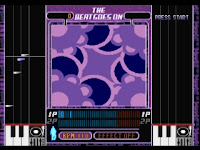 Upon completion of the song/level, the player is awarded a score which is money, also show is the total number of notes and how the player performed on each of those notes, breaking it down into accuracy levels Poor, Bad, Good, Great and an additional Great coloured in red, next to each of these is the number of notes hit at the various accuracy levels. in addition to being a single player game up to 2 players can play.

This being a Japanese only release, critic reviews for this game are none existent, so we head over to GameFAQs for their user ratings. We find this Beatmania add-on currently sitting at an average user rating of 4/5 from a total of 7 user ratings.

Taking a closer look at these ratings we find the game did not receive a user rating below a 3.5/5, with a clear majority of the 7 users rating the game at a 4/5, one remaining user found this Beatmania add-on to be especially good awarding the game the full 5/5.

So lets get down to business with Gamedude, who unsurprisingly don’t stock this Japanese only release, the same goes for Retrogames.co.uk. So we will quickly head over to eStarland.com, where we strike lucky and find a single copy of this game available.

The copy on offer is a used copy and comes complete (please be aware the first disc of the 2nd mix is needed for this to function) and is priced up at $9.50. in addition to this eStarland also offer a trade in for the game, with eStarland willing to pay up to $3 for a complete copy of the game, this figure drops to just 75 cents for a disc only copy.

Lastly we head over to Amazon.com where we find a pretty good supply of the game available, as with previously covered entries in the Beatmania series used copies are generally in good or better condition with priced starting from $8.15 for a good condition copy and $8.16 for a very good condition copy, both of these come with free shipping.

If on the other hand you are looking for a new copy of the game you will also find plenty on offer, with priced starting at $16.84, this copy ships from Japan and comes with free shipping, but does come with between a month and a month and a half arrival date.

Looking through the various new copies on the market, the vast majority have a similar wait for delivery, the earliest being the 21st of February, even these have a latest delivery date that goes into March. The price of a new copy of this game continues to steadily rise from its open $16.84 mark with the game currently peaking at around $47.