Welcome to Random on Steam, this will be a look at a random game on the steam store, using a random number generator to choose the page and the game on the selected page. The store page will be sorted by date with the newest being on page 1, while the oldest will be on page 852 the current highest page number as of the 8th of April 2018. This is in no way a review of any kind and only a showcase of the various games that are available on Steam, these could be excellent, good, average, bad or down right abysmal games.

So to the random number generation we have page 108 and of the 25 games listed on this page we have number 14 which is, LOGistICAL South Africa, just goes to show how bad Steam is, this game was only released in 4th of January 2018 and is already on the 108th  page of listings.

LOGistICAL South Africa is an entry in the larger LOGistICAL series of open world strategy puzzle games developed and published by Sacada. Since the series first appeared in February on 2017 with the simply titled LOGistICAL there have been 22 additional entries in the series. These expansions have usually focussed around a particular country, in the case of this release the game is based in South Africa, with the game also featuring Lesotho and Swaziland.

While this game is an expansion of the original Logistical this game does not require the base game to play. Which brings up a slight disappointment from the developer on the games Steam page, while there is a trailer and screenshots these are not for this individual expansion. 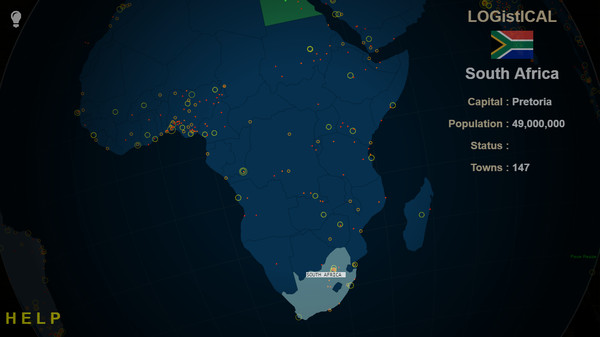 With the exception of one image which is kind of lazy, if you can put out a base game and 22 expansions you can at least put screenshots for them as a result screenshots will be a rough guide to what the game will look like.

This stand along expansion features over 300 towns from South Africa, Lesotho and Swaziland and features places such as Johannesburg, Cape Town and Port Elizabeth as well as many, many more. This stand alone game features it’s own money, trucks and challenges away from the base Logistical game and the expansions. 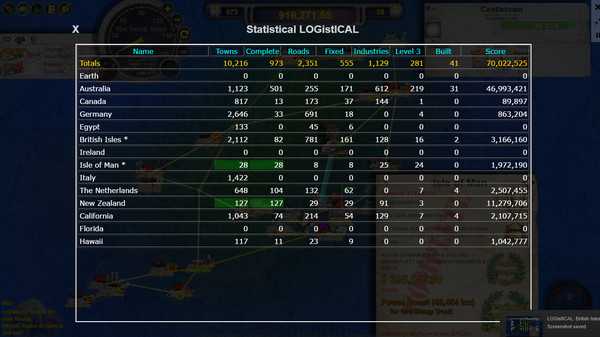 The game features a large open world which is viewed from a top down perspective and combined both Strategy and Puzzle elements, with the whole game being a giant puzzle, while each individual town is it’s own smaller puzzle for the player to negotiate. The whole game from the base release to the various expansions have well over 1000 towns for the player to puzzle their way through.

There are a good number of towns that you will ease your way through while others will require the player to study and plan much more complex approaches to completing regions and contracts. Cargo acquisition is also another major factor in your progress and planning, with some cargo’s easy to acquire while others will require the creation of industries, either using already built ones or building your own. The further you progress in the game the more strategic you will have to be , bonuses can be applied to you trucks to aid you in your progress. The games map is to scale and uses current or historical industrial placements, the game is open plan so you can progress how you want to 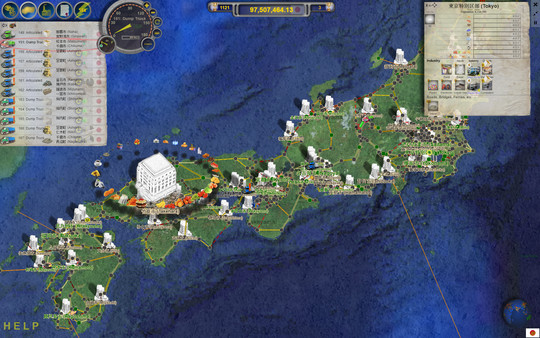 Cargo which you transport is consumed as you progress through towns, larger trucks are the most common answer to this for transporting even larger loads. However these larger trucks can not travel everywhere, broken roads will also hinder your progress, cargo stores will come into play as well and can be very handy, as can industrial upgrades for a larger production output.

This being a Steam released traditional reviews are none existent for the game, even though it is listed on sites like Metacritic, So all we have to go on are the user ratings from Steam. Sadly even here we don’t find much to work with, as there is only one user review at the time of writing this.

This single user review which comes from the user Ghado, this user has recommended the game after spending 24.9 hours playing. This user found Logistical South Africa to be a great edition to the Logistical series.

The user praised the industry and quarantine puzzles early on and forces you to step away from the standard fixing method of roads - - > Industries - - > Towns, the reviewer also praised the inclusion of bonus countries in Lesotho and Swaziland as always great.

With this being a Steam only game there the other sites like Gamedude, eStarland and Amazon are useless, with just the steam price available. At the time of writing LOGistICAL South Africa is priced up at £3.99 in the UK, $4.99 in the United States which converts to £3.54 in the UK so the UK steam price is 45p overpriced.  If you are in a Euro zone country you will be looking at a €4,99 price tag, while in Singapore you will be looking at S$5.25 Singaporean dollars. 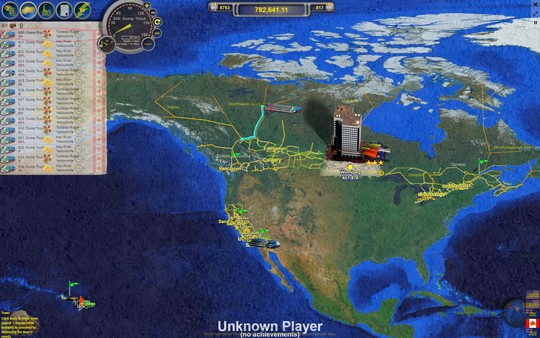 The game is also a part of a bundle that is available on Steam, this bundle contains the original Logistical game which was released in February of 2017 as well as all of the following modules that have been released. This bundle if in the UK is priced at £84.36 with a current 20% discount on the bundle.