This remake was a Japanese and Playstation exclusive release, with the game coming out on the 6th of June 1997, the game also received a re release as a part of the Major Wave series of budget titles in August of 2000, this release was published by Hamster Corporation.

In addition to these releases the game also received a PSP and PS3 release coming in April of 2011, as well as a PS Vita release the following year on September 11th 2012, Hamster Corporation published all three of these releases as well.

Bounty Sword First puts a great deal of focus on the games Battle Mode, the game offers the player a comprehensive tutorial that the player can go through before tackling the main Story Mode. The games combat is a mixture of up close and personal with weapons such as sword or the more long ranged magical attacks, combat also features special attacks which can be devastating as well as the use of item, both offensive and healing items and magic are present in the game. 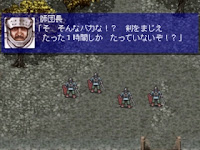 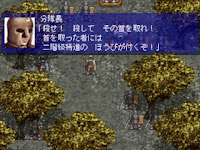 While traversing around the world the player will encounter various cities and towns, this being an RPG the usual staples are present in these towns, with shops for you to buy and sell items, you can visit the local inn to listen to any local gossip as well as save your progress.

When starting the game the player will only have the main protagonist Sword as a party member, as you progress through the game however additional party members will join your party. Once they have joined the party they will also participate in combat in the game Battle Mode. 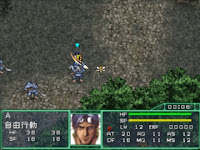 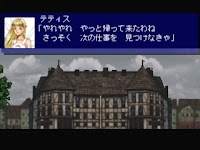 Battle Mode unlike combat from many RPG’s does not let you control you party members when in combat, the only character the player has control over is the main protagonist Steel. The game instead allows the player to plot trajectory paths which the characters will follow, you can also set how the characters should act when encountering an enemy. Special attacks and magic spells can be performed at any time if the player is able to perform them.

The game offers a variety of classes each having their pros and cons, some of these character classes include, Bounty Hunter, Knight, Ninjas, Samurais, Amazons, Clerics, Priests, Sorcerers, Wizards, Snipers as well as a few more. Each party member has their own level and can be levelled up further by gathering experience in combat. 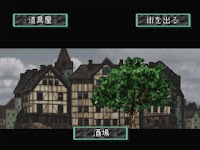 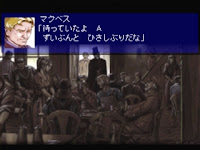 As previously mentioned the game features towns and cities that have shops in them, your are above to buy weapons such as swords, bows and arrows and many others, also available from shops is better quality armor that offers various degrees of protection, as well as special items that can be equipped to your characters to increase the chance of winning future battles.

Bounty Sword First takes place in the year 4093, with a looming war between Europea and the Kingdom of Rheinmetall in with both nations in a struggle for power. The player plays as a once glorious and distinguished knight named Sword. 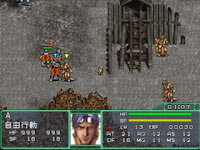 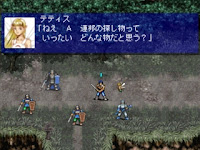 It has been 10 years since Sword was a knight, in the intervening years he became a bounty hunter and works for a fairy named Tethys, until one day when he meets a young girl and his the beginnings of his great adventure.

This being a Japanese only release, and one from way back in 1997, critic reviews for the game are none existent, so we will be heading over to GameFAQs for their user ratings, where sadly even on GameFAQs we find the game has no user rating and only one user rating for both the games difficulty and lifespan. We find this single user rated the game as having just the right difficulty level, and having a lifespan of around 20 hours.

So lets get down to business with Gamedude, where unsurprisingly this Japanese only release is not listed, the same goes for Retrogames.co.uk and eStarland.com. As a last hope we head to Amazon.com in the hopes of finding at least one copy of the game available.

We do in fact find the game listed and available, with a modest number of copies currently on the market, where we find the first two copies on offer complete copies in good condition and priced up at $12.53 and $12.99 respectively.

A handful of new copies of the game are also available, new copy prices start from $28.36, this copy comes with free shipping. As does the second new copy on the market, this one priced at $28.65, a few more copies priced between $30 and $32 and a final new copy, the usual overpriced one at $69.99.